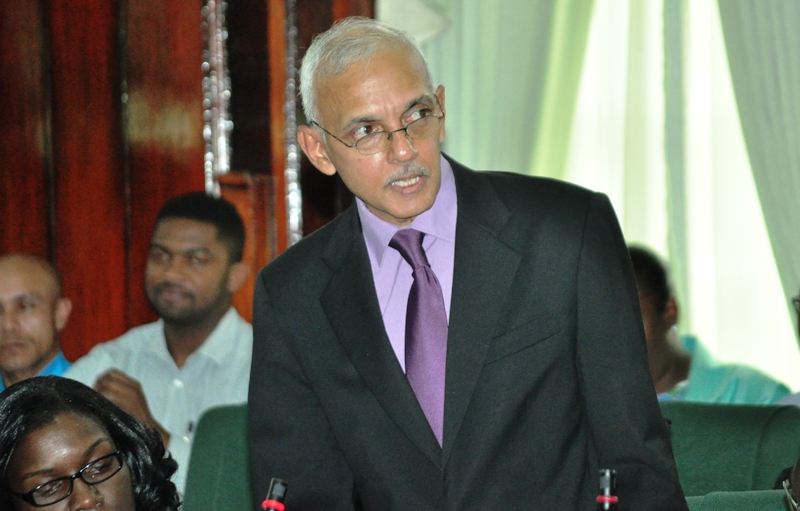 The National Assembly tonight passed the 2017 Budget for the Ministry of Communities.

Of the approved funding for the Ministry, $1.609 Billion covers Sustainable Communities Management strategies and programmes, with a significant portion ($1.043Billion) covering the provision of subvention to the LDOs.

Covered under the provision of $4.333 Billion are:

$600M for the Coastal Water Supply to provide for interventions such as wells at Vergenoegen, Pouderoyen, West Minster and New Amsterdam, and filters and quality assurance systems at Covent Gardens, Grove and Eccles

$250Million for the Urban Sewerage water supply to complete the connection upgrades at Albouystown, wells at Ruimveldt and Section “B” Sophia, storage tank and Ruimveldt and transmission mains at Sophia

$1Billion for the Water Supply and Infrastructure Improvement Programme, which includes the construction of water supply plants and installation of distribution and transmission network from Cornelia Ida to De Kendren, Diamond to Herstelling and Cumberland to Williamsburg.

The Communities Ministry’s Budget was passed just around 8:00pm, after being successfully defended by Minister of Communities Ronald Bulkan, with support from Permanent Secretary, Emile McGarrel.

Defending queries as it relates to the Ministry’s Sustainable Communities Management programme, Minister Bulkan explained that the $1.043 Billion that provides for the subvention to LDOs cover $206Million for the Municipalities, $264Million for the Neighbourhood Democratic Councils (NDCs) and $556Million for the inclusion of an aspect of the Community Improvement Programme under the functions of the LDOs.

These answers followed questions from Opposition Member of Parliament (MP) Colin Croal. Croal, who also asked about the methodology used to approve the subvention allocations for the LDOs, both for 2016 and 2017, was informed that this was arrived at for 50 percent of the LDOs through application of the Fiscal Transfer Act. Minister Bulkan informed the House that for the remaining 50 percent of the LDOs, the Ministry did not utilise or adhere to the criteria of the Fiscal Transfer Act, since this would have resulted in a shortfall to the allocation to these organs of mostly $20,000, but in a few cases $250,000.

Questioned about why the Ministry did not strictly adhere to the law provided for in the Fiscal and Transfer Act, as it relates to the allocations, Minister Bulkan explained that the conditions in the legislation would have resulted in a hardball (difficulty), in the form of the shortfall for those LDOs so affected.

Minister Bulkan in response to a query from Opposition MP, Irfaan Ali also confirmed that 2016 subventions to the LDOs were rolled out in keeping with the request of the new organs. He explained that the bulk of the distribution was made shortly after the new organs came into being, and that the disbursement continued until the last, which was made on Tuesday, December, 13, 2016.

The Minister was also called upon by Opposition MP, Ganga Persaud to explain an increase from $99.901 Million to $113.119 Million that provides for the expenses specific to the agency. Minister Bulkan explained that the increased allocation covers salary increase for the Regional Chairmen, the Regional Vice-Chairmen and Regional Executive Officers (REOs.) As it relates to the $556Million for the LDOs component of the CIIP programme, Minister Bulkan explained that the provision covered the monthly payment of $28,000 for 13,000 workers in the 71 LDOs that would be employed in the cleaning and maintenance of drainage, walkways among others in these areas. 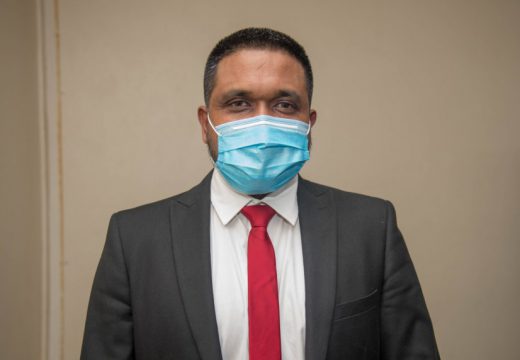 May 17, 2018 1 comment 5529 views
Seven housing developers have been shortlisted by the Central Housing and Planning ...