59 NDCs get subvention for developmental projects 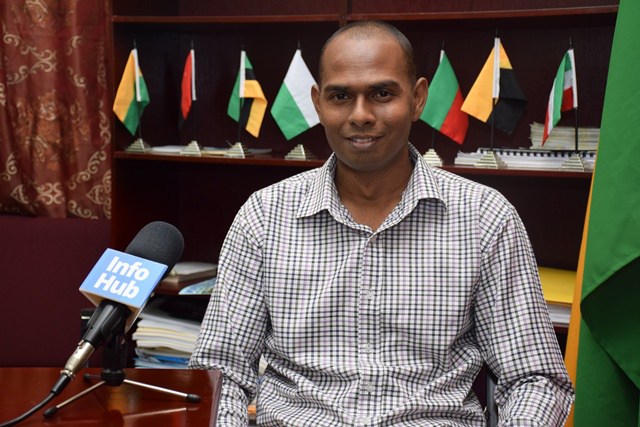 Fifty Nine out of sixty-two Neighborhood Democratic Councils (NDCs) across Guyana were able to commence and execute developmental projects within their communities with the government subvention.

Principle Regional Development Officer at the Ministry of Communities, Surendra Khayyan explained to the Department of Public Information (DPI) that the subvention translates to approximately $2M for each of the 59 councils.

He further explained that the subvention programme is a government grant given annually to the 62 NDCs across Guyana. It is aimed at assisting NDCs with developmental capital works within their respective communities including the construction of bridges and culverts and road rehabilitation among others.

The Principle Regional Development Officer noted that 59 of the 62 NDCs across Guyana have benefitted since the remaining three NDCs have to complete the necessary steps before they qualify for the subvention.

He said “the three outstanding NDCs are the Hague Blanken Burg NDC in Region Three, and the Bel Air Woodlands and Woodlands Farm NDCs in Region Five. They were asked to do a resubmission of their budget; we’re working with them to revise their work programme because it was more of a current than a capital and the government subvention is capital nature.”

To date, the Ministry of Communities has approved 95 percent of the allocation for subventions totaling $118M.

Khayyan recalled how the local government amendment Bill which was approved on August 05, 2015, now provides NDCs with more leverage in their spending and expenditure. He highlighted that previously NDCs were eligible for a subvention of $100,000 but with this Bill in place, requests for developmental works above $1M are approved.

“NDCs have responsibilities for projects within their communities, so some choose purchase of equipment over developmental works since they would have the capacity to do the works themselves, so some communities have benefited from new equipment to execute their works.”

Some $1.043B was allocated in the 2017 budget for the Ministry of Communities from which $206M covers municipalities, $264M- NDCs, and $556M the inclusion of an aspect of the Community Improvement Programme under the functions of the local councils.