His assurance came during the Considerations of the Budget Estimates on Thursday.

“Amerindian Village Councils will benefit and must access the resources under the Regional Democratic Councils’ aid as well as from other ministries so we can build capacity and develop village councils in Region Eight and across the country,” he said.

The Minister was at the time fielding questions from the Opposition on the budgetary allocations for Region Eight (Potaro-Siparuni).

Minister Dharamlall disclosed that community enhancement workers would be recruited from Amerindian villages in that region. He noted that the region’s budgetary allocations cater for training and capacity building.

Several provisions have been made in the Budget for the development of Guyana’s First Peoples, including allocations for the Amerindian Development Fund (ADF). These sums will be used to support the socio-economic development in Indigenous communities and villages through the implementation of their Community Development Plans.

Other measures include the removal of value-added tax (VAT) on Hinterland travel as well as providing solar energy to hinterland communities. 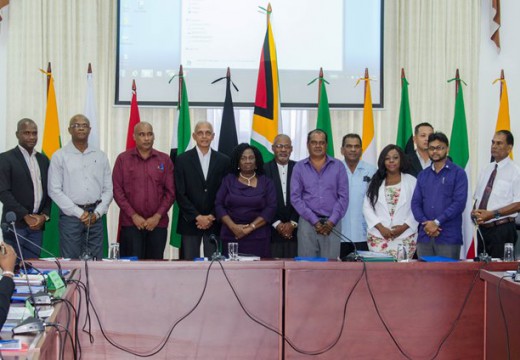