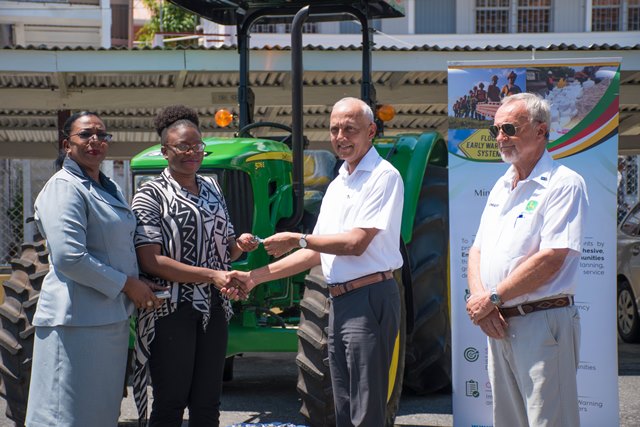 – to assist in sanitation management efforts

Over the past three years, the Ministry of Communities has provided considerable support to many of its organs. By way of continuing this ongoing support, the ministry today handed over three new John Deere Double Drive Tractors to the Lethem Town Council, Linden Town Council and the Aranaputa Neighbourhood Democratic Council (NDC) at its main office in Kingston, Georgetown.

Minister of Communities, Ronald Bulkan hands over the tractor keys to Mayor of Lethem, Kerry Jarvis. Managing Director of GENEQUIP and supplier of the machines, Renger Vandik poses for the picture.

Minister of Communities, Ronald Bulkan who presented the machines to representatives of the three councils, reminded that waste disposal, solid waste management and garbage collection are among the responsibilities of the local government organs. To this end, he said, the tractors will aid in sanitation management efforts.

Mayor of Lethem, Kerry Jarvis and Region Ten Councillor, Orleena Obermuller expressed appreciation for the new machines. Jarvis said, “I am quite certain it will be very helpful in the farming done in Region nine because we are not only looking at developing the township alone, we are looking to develop the region.”

Managing Director of GENEQUIP and Supplier of the Tractors, Renger Vandik noted that while tractors are associated with agriculture, they can be used for sanitation purposes as well. “With the right tools, a tractor can do more than just ploughing or anything agriculture. You can load garbage in the trailer, you can have a slasher in the back to cut grass and you can pull a trailer with goods or garbage.”

Vandik said his company has supplied many regions with the machines and to date it has not received any complaints of malfunctions. He believes the machines will take the regions’ development to another level. 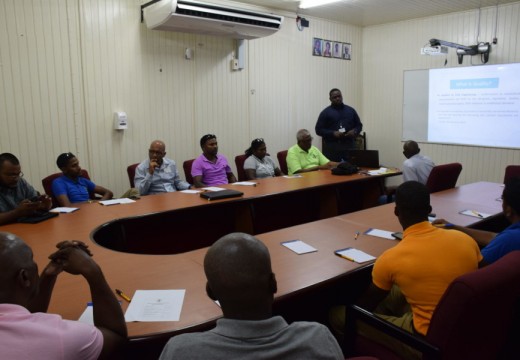 June 17, 2017 0 comments 5718 views
The Central Housing and Planning Authority CH&PA within the ministry of Communities ...