The Ministry of Local Government and Regional Development has thus far distributed 485 bins of the 825 acquired to strengthen the capacity of the 15 Neighbourhood Democratic Councils (NDCs) in Region Four and the Georgetown Municipality.

Minister in the Ministry, Norman Whittaker today said that the NDCs have been the beneficiaries thus far, and the ministry plans to commence distribution this week of the remaining bins to schools within Region Four, Government Ministries and agencies and public markets.

He said that 20 of the bins will go to the Georgetown Municipality, with the expectation that the council would secure and place them within the public spaces, notably the markets.

The bins’ purchase was funded under the Georgetown Solid Waste Management Programme, which is a Government of Guyana- Inter American Development Bank (IDB) funded project, that has within its boundary the construction and full implementation of the Haags Bosch Landfill site and is aimed at addressing the issue of littering around Region 4, he said. 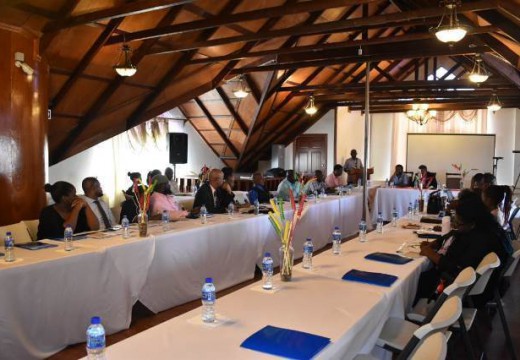