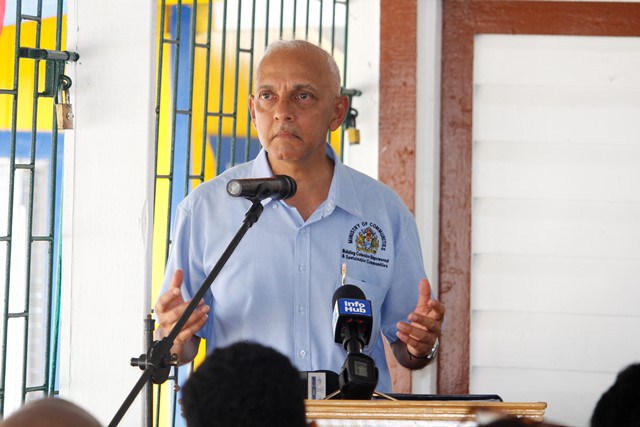 Minister of Communities Ronald Bulkan said the vast migration of especially young Guyanese over the years, was a result of the poor conditions that existed in the country at the time.

He has therefore assured of the government’s commitment to the restoration of what has robbed the country of its true potential.

According to the minister, the country’s population has decreased over the last few decades. He said the past government was not creating the conditions to keep it human resources at bay.

Guyana’s neighbour Brazil moved from 125 million to 195 million during the same period, he recalled.

“They added 70 million people, but our population was declining. People were declining”, the minister noted. “Nobody leaves something that is good. Guyana was unable to retain its best human talents”, he said.

According to Minister Bulkan, even though the country was blessed with an abundance of natural resources, they were not managed properly to bring about improvement in the quality of life of the people and their standard of living. “If we were doing that, people would not have fled and left”, he added.

Another key factor responsible for migration the minister stated, was the absence of social cohesion. That, he said, led to the weakness in the society’s structure.

He said the past government, which had the power to work towards unity, instead prevented the social cohesion that was needed, “That was a significant factor that pushed the exodus of our human factors.”

November 8, 2020 Comments are off 513 views
Minister within the Ministry of Local Government and Regional Development, Hon. Anand ...