“We are not about ‘handing out house lots,’ some of which cannot even be accessed.  Our goal remains to provide serviced lots, access, electricity and water, and, that takes time.  We will not sacrifice quality on the altar of expediency.”

Those were the words of Minister within the Ministry of Communities, with responsibility for Housing, Valerie Adams-Patterson about the administration’s vision for the sector. She was at the time making a presentation on the 2016 Budget Debate, on February 8.

In this regard, and during the months that followed, the Central Housing and Planning Authority (CH&PA) began to move towards improving the housing delivery system by pursuing a range of settlement development initiatives more suitable to the housing needs of Guyanese.

Plagued with numerous challenges; human resources, unfilled positions, lack of capacity in some regards and untimely decision making, in others, in her presentation on Budget 2017 on December 06, 2017, Minister Adams-Patterson  reported that  the agency has only spent 19.9 percent of expenditure and achieved 30.5 percent of revenue. She told the House that CH&PA will meet its capital expenditure budget of $5.2B for 2016.

Despite this, Minister Adams-Patterson reported the following as some of the gains made in the housing sector in 2016.

Ranks of the Guyana Police Force got house lots during CH&PA’s outreach in Regions Five and Six.  The ranks were allocated house lots, at prices ranging from $92,000 to $300,000.

2,065 Transports and Certificates of Title were processed

4,642 Transports and Certificates of Title were issued

The agency’s drive to create livable and wholesome communities was also in force.

Squatters on government lands and reserves were therefore required to remove.

The CH&PA’s enforcement officers carried out exercises in areas such as Sophia, Georgetown, with particular focus on new structures.

Also squatters living in existing buildings in squatting communities, CH&PA’s enforcement officers marked those buildings and identified the persons living within, for the Ministry’s rent to own homes that will soon come on stream.

Between the months of March and May, several persons benefitted from the 50/50 Jubilee Payment Plan.

With the discount received, the 2881 applicants were then able to buy building materials to commence construction, as well as many were able to settle long, outstanding indebtedness and become land owners.

In recognition of Guyana’s 50th Independence Anniversary, the Ministry of Communities and the CH&PA announced the distribution of home improvement subsidies.

The subsidy was provided to almost 300 households to improve their homes.

The programme offered beneficiaries a maximum of $50,000 worth in building materials, redeemable via vouchers, to effect approved improvement works to their existing basic building.

Beneficiaries were drawn from all the Regions except Five and Eight

The consultation stretched, from Annandale to Belladrum, from New Amsterdam to Rosehall, from Bartica to Anna Regina, and from Georgetown to Diamond to Linden.

The public was overwhelming in their support towards the changing of the minimum age requirement from 21 years to 18 years to be eligible for a house lot or a housing unit with set allocation at age 21 years.

In her Budget 2016 presentation, as well, Minister Adams-Patterson reported on the defects that arose on the completed turn-key buildings even before the beneficiaries moved into their homes. She also stated government’s commitment to correct the defects to ensure that the beneficiaries “get value for their money.”

Of the 200 turnkey houses that were under construction, 51 were completed and handed over prior to May 2015: These houses which had a range of problems have since been rectified and the owners are now satisfied.

To correct the mistakes inherited with the turn-key programme during 2016; a project manager was hired to supervise the project.

Currently, 141 of these homes are in the process of being corrected and projected to be completed before December 31, 2016.

During 2016, CHPA reviewed the process of allocating house lots, given the approximately 25,000 applications on file, of which almost 18,000 are low income individuals.  Concerns about the low occupancy of many housing developments/areas led to reviews of the mechanisms used to enable home ownership.  What has been revealed is the lack of a holistic approach in providing quality, affordable housing in safe, well-serviced communities. The decision was therefore taken to commence redeploying the land previously identified for the 1000 homes project, for the construction of apartment buildings, duplexes and condominiums.

Approximately $5 Billion is expected to be used to construct these housing units ( duplexes, condominiums and town houses)

The unit will be constructed in the coastal regions in locations such as Charity and Onderneeming in Region Two, Stewartville in Region Three, Perseverance and Kuru Kuru in Region Four, Experiment in Region Five, Fort Ordnance and New Amsterdam, in Region Six and Bartica in Region Seven.

It is estimated that 1000 of these configurations would be built in affordable terms, allowing for first time, low income persons, to be able to afford and occupy these units.

In early 2016, Government announced the new hinterland housing project, which is being funded through a US$3.1M loan from the Inter-American Development Bank (IDB). Through this project, government aims to build on the success of an earlier one that was initiated in 2009 and wrapped up in 2015, by providing better access to housing, potable water, sanitation and the promotion of women’s empowerment, in the hinterland.

Under this project, 12 communities in Regions One and Nine are expected to benefit, with a total of 306 full houses being constructed and 122 roofs being replaced.

During 2016, Sebai in the Matarkai Sub-District of Region One became the first beneficiaries of the project

Fifteen (15) families benefitted from the intervention; five from full house construction and the remainder from roof replacement.

The houses carry rainwater harvesting system, and the construction of improved pit toilets are also catered for. The houses are to be completed before the end of 2016. 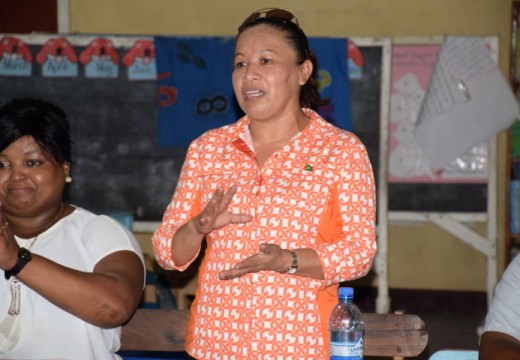 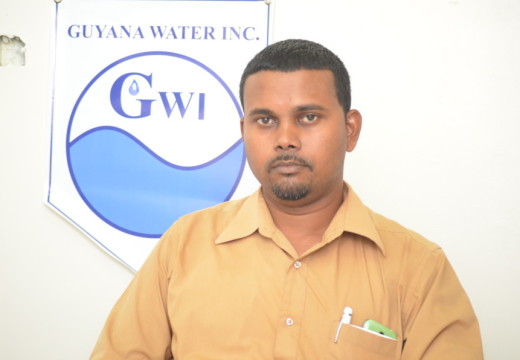 Georgetown to get new wastewater plant