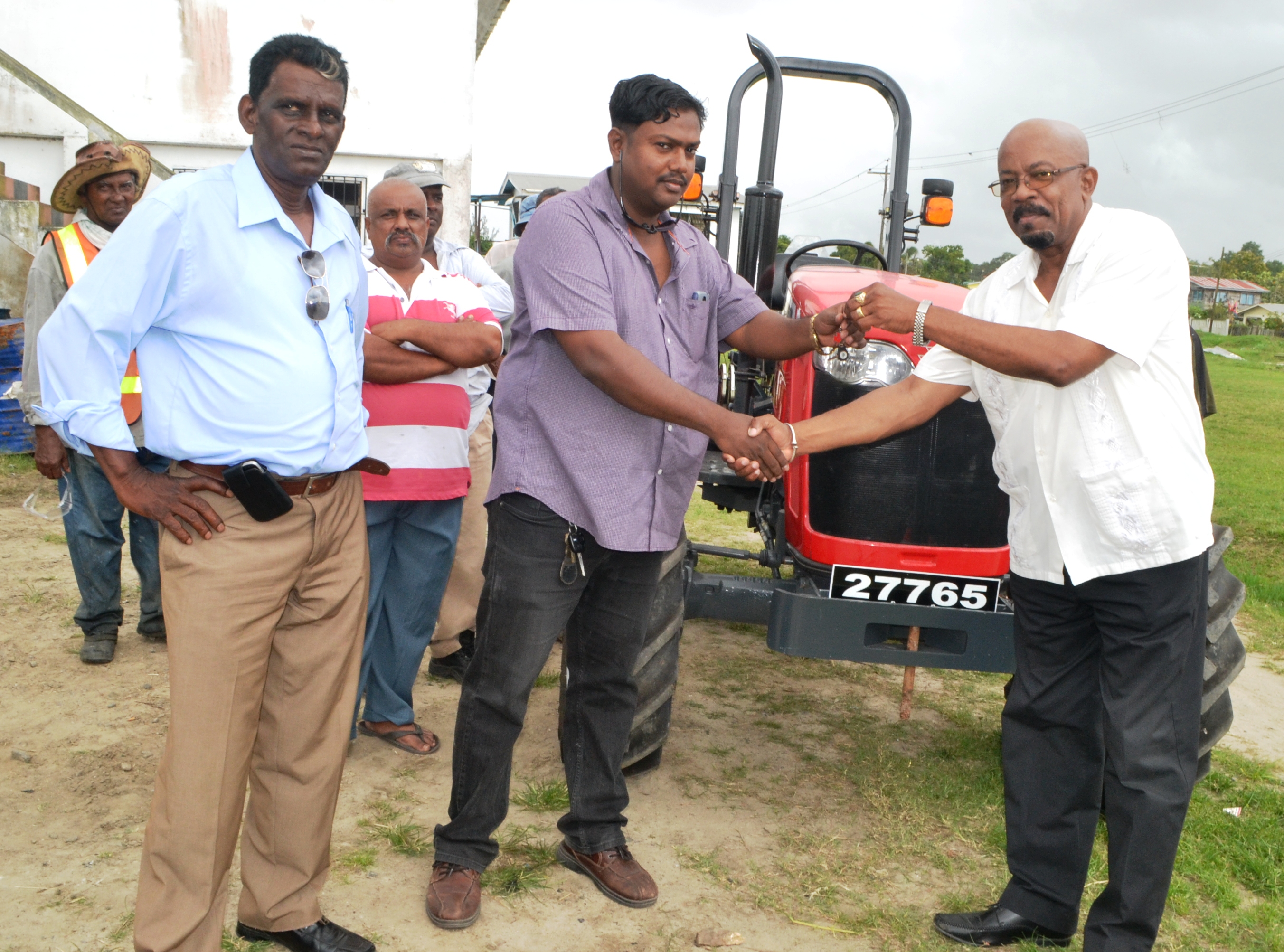 Minister of Local Government and Regional Development, Norman Whittaker after handing over the keys to the representatives of the Diamond/Herstelling NDC explained that this NDC has been one of the most proactive in Region 4.

Residents of several communities along the East Bank will now benefit from better garbage collection with the provision of a new tractor to the Little Diamond/Herstelling Neighbourhood Democratic Council (NDC).

The $5.2 M Massey Ferguson tractor that was today, handed over to NDC was obtained through a collaborative effort between the NDC and the Ministry of Local Government. The vehicle was purchased with subventions from the Ministry and money acquired by the NDC.

Chairman of the NDC Peter Abai expressed his gratitude to the Ministry for its intervention and pledged his continuous cooperation towards the development of the community for the benefits of the residents.