Minister within the Ministry of Local Government and Regional Development Norman Whittaker spearheaded a component of a Region 8 Ministerial Outreach on May 15 and 16, covering the villages of Princeville, Tumatumari and Micobie. Another team led by Minister of Local Government Ganga Persaud visited Mahdia, and Campbelltown.

Minister Whittaker observed that his visit to the communities enabled him to achieve a better understanding of the concerns affecting residents and committed to follow- up the issues raised by them.

Minister in the Ministry of Local Government and Regional Development Norman Whittaker responds to issues raised by residents of Micobie, Region 8.

One common issue in the villages was the need for assisting pensioners with transportation to uplift their monthly pension. This was resolved by the decision that the relevant Village Councils would provide a vehicle for transporting the pensioners, while the Regional Democratic Council would provide the fuel for the vehicles.

Minister Whittaker also noted that the majority of the issues raised at the outreach meetings could have been addressed by the Village Councils and he encouraged residents not to wait until Government officials visit to highlight those issues. He also urged the councillors to have monthly meetings among themselves and quarterly ones with residents to keep them updated. The Minister also urged the residents to attend those meetings when they were called and to bring their concerns to the attention of the councillors.

Minister in the Ministry of Local Government and Regional Development Norman Whittaker explains a point to residents of Princeville, Region 8 as he addresses some of the issues raised.

Minister Whittaker also pointed out to residents of the three communities, that while gold mining is a lucrative practice, it could fluctuate at times. He highlighted the need therefore for them to utilise some of their earnings in other areas to create a source of alternative revenue in case of ‘bad times’.

Another common thread in the communities was the inadequate number of health workers and  school teachers. The Minister pointed to the fact that while the health personnel could be deployed to the communities, it would be better if they could be persons from the same community who are trained in the relevant field. He observed that this would reduce the likelihood of a city person arriving to take up the post and not being able to understand the needs of residents or not liking the posting and leaving before their tour of duty was complete.

A suggestion for medical outreaches to the communities was welcomed and the Minister promised to look into it.

In Princeville, it was recognised that there was need for a Welfare Board to assist those residents who did not have the support of sturdy family members, either physically or financially. There was also need for a vehicle for transporting school children and to take care of medical emergencies.

Residents of Tumatumari gathered at the El Paso Primary school to participate in the Ministerial Outreach and make their concerns heard.

In Tumatumari, residents claimed their traditional boundaries were not recognised during land titling and demarcation of communities and that Micobie had been given some of their land. Minister Whittaker promised to seek advice from the Lands and Surveys Department on the issue. Residents claimed that due to the current boundary line what traditionally fell under the jurisdiction of Tumatumari now falls under Micobie regulations and often causes confusion.

Allocation of solar panels to the community was another issue raised and residents were advised by the Minister that the village was listed to receive them; however sourcing the panels was still awaiting funding.

It was pointed out by residents that dishonest miners would block the creeks for the purpose of washing gold and leave the blockage when they move out. This has contributed largely to the roads being flooded.

The issue of maintenance of roads and bridges in the Region was raised, and  Minister Whittaker advised residents to demand that miners and other owners of heavy-duty vehicles passing through the communities pay in some form or the other for traversing their roads. This, he pointed out, would assist in maintenance and repairs. The Minister also encouraged the residents to ensure that persons turning up to work on projects in their community have the relevant paper work and present such to the Council. If they do not, then the residents should stop them from doing any work and contact their relevant officials.

In Micobie, Minister Whittaker commended residents for their initiatives; however, one of the major issues affecting farmers there was the scourge of acoushi ants. He committed to making a recommendation for an Agricultural Officer to be sent to the community to meet with residents on the issue which is an impediment to farming.

The Ministerial Outreaches are a mandate from the Head of State President Donald Ramotar to ensure that Ministers of Government are aware of issues affecting Guyanese and finding ways to deal with them. 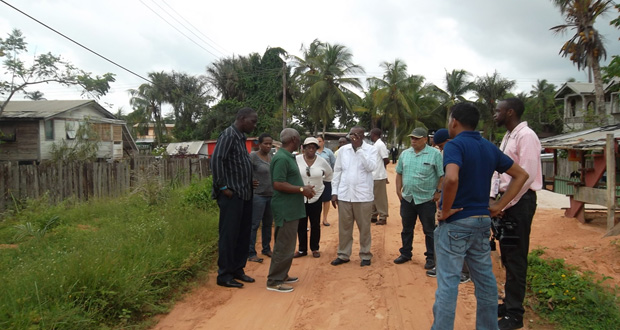 July 20, 2015 0 comments 6895 views
MINISTER Keith Scott has declared that the regularisation of squatting areas and ... 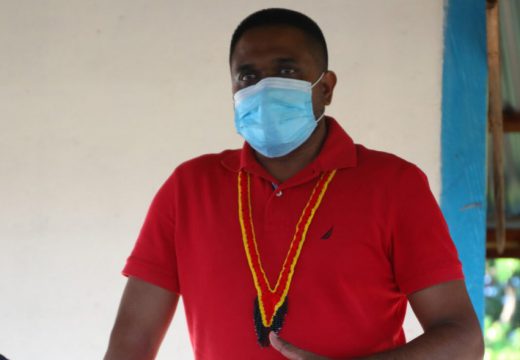 November 25, 2020 Comments are off 1818 views
The Lethem Town Council (LTC) and the Rupununi Chamber of Commerce and ...