Two Government Ministries have teamed up to help improve the lives of squatters living in Lombard Street, Georgetown and want ‘turnkey’ homes built for them.

“We are looking at the possibility of building core homes so that when we remove the people from here, we’re going to put them in a house rather than (giving them a piece of  land” Minister Valarie Patterson Minister within the Ministry of Communities, with responsibility for Housing, said during a recent visit to the squatter settlement.

Patterson and Minister of Public Health Volda Lawrence recently met with the residents to iron out some of the burning issues faced by the city squatters. Several residents have applied for house lots and are impatient at the slow pace of processing their applications.

When she was Social Protection Minister, Lawrence had also met with the Lombard Street residents and she reiterated the government’s desire to upgrade their living standards by ensuring they have better homes where they would be able to “enjoy the good life” promised by the David Granger Administration.

Minister Patterson that squatter settlement “cannot be regularised (so) we have to relocate the persons” living there.

Mr. Phillip Chase, a resident of the settlement for more than a decade organised the meeting with the two government Ministers paving the way for other squatters to secure better homes. Chase was “satisfied that both ministries are assisting in their situation”.

Anita Dash, another resident living there for some 20 years lauded the Ministers’ visit as “a good initiative” between the Housing and Health Ministries to assist them in acquiring better homes and improving their living conditions.

“I am grateful for what the government is doing since I have waited many years for an opportunity for better housing,” Marissa Aldia, another resident living in the squatter community, said. 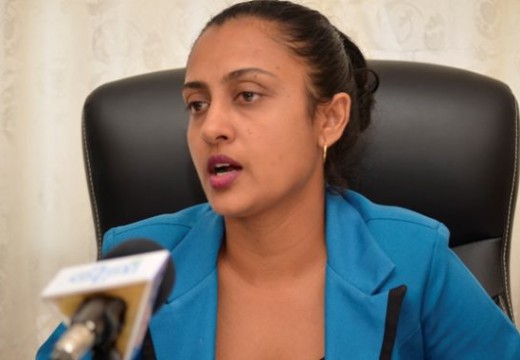