Today we are in the proud village of Victoria to celebrate the annual National Day of Villages. It is not by accident that this commemoration is being held in Victoria but out of recognition and respect for Victoria being the first village to be established in our country 177 years ago. The historic momentous purchase on November 7, 1839 of the plantation that was subsequently named Victoria paved the way for the local gvernment system in which villages were administered by the purchasers themselves- persons who made the rules; persons who regulated their own lives.

It is that subject and system that my brief remarks will focus on. But first I wish to acknowledge and to pay homage to those 83 pioneers as well as our fore-parents whose tenacity and resilience is what was needed to fight against vindictive governments which tried to destroy the villages. Governments acting in the interest of the planter class and later the ruling class. The character of the Guyanese nation was moulded by those qualities just referred to and we are the grateful heirs. The village movement that sprung up after the historical purchase of Plantation Northbrook survived against the odds and beginning in the 1880’s the government was forced to introduce reforms in the village movement in order to alleviate disease, the flooding and the suffering that the villagers were experiencing.

Thus, was born the system of local administration or local government. It was, however, a grudging acceptance born of necessity and not one where the interests of the people were paramount. Let us look at the colonial experience. Colonisation was all about the interests of the colonisers and not of the subjects. The colonial model was synonymous with centralization -rule from the centre…the ultimate centre being the City of London, England. Capitals of British colonies were but extensions of London, the heart of the British empire, used to extend the reach and the might of English rule. In British Guiana, we had counties- Essequibo, Demerara and Berbice and sub-division- Districts- with the Governor at the apex.

At the time of Independence (1966) ours was a rigid, hierarchical society; each man and woman knew their place (those who didn’t would not have been allowed to forget it). As it relates to governance, the system of local authorities was created; the nomenclature was deliberate. Nothing the British did was ever accidental- it concealed where the authority lay. It went right back and up to the monarch who was sovereign. It was exercised on the monarch’s behalf by appointed officials along the way, right down to the villages.

Change would come in 1980 with the enactment of the new constitution; the first to be fashioned by the Guyanese people, for the Guyanese people. In the constitution, the only time the words local authorities appear next to each other is in clause 19 of the interpretation where it states that, “Any local government authority in existence immediately before the appointed day shall be deemed to be a local democratic organ for the purposes of the Constitution as if it were constituted thereunder.”

The distinction is clear. The authority is the people, hence the ‘D’ for democratic. The residents of each Local Authority Area (LAA) -towns and villages -have the right to periodically elect councillors to manage and develop their respective areas and the central government is obligated to ensure that this obtains and to provide support by way of collaboration and cooperation. The inherited hierarchical model was replaced with a progressive participatory one which places people at the centre. Though introduced in 1980, however, the local government system was never really given the chance to function in accordance with constitutional provisions. Successive central governments were loath to hand over power to the people; it continued to be concentrated in the centre. My prediction is that future historians will locate the moment of real change to be the general and regional elections of November 2011. The one that resulted in a combined opposition majority in the National Assembly and with Brigadier David Granger as Leader of the Opposition.

Once held, the President would describe these elections as historic. The point the President was underscoring was that change had come and that the elections were not merely about having newly-elected councillors but that we were entering a new era, one in which governmental power would be diffused, decentralized…in which the authority of organs created by the constitution must be respected. No more winner-takes-all.

In this construct, there are 72 winners, not one!

Ladies and gentlemen, an order and a system that was constructed over an extended period as I have described cannot be reconstructed in a short space of time. The actions that have been taken by the administration, however, are irreversible and over time will result in better management of our villages of communities. One significant act has been the enactment of the Local Government Act, a revolutionary piece of legislation that strips central government of its ability to suffocate or dominate local democracy. The one that former, President Donald Ramotar refused to give his assent to, out of fear of losing control.

The central government will support the building of effective local administration, brick by brick, block by block. This is the task that the Ministry of Communities is entrusted with. It is this that we dedicate our energies towards. It will, over time, result in safer, cleaner and economically vibrant and resilient communities, villages, towns and a more stable and socially cohesive country. Ladies and gentlemen, a vindictive administration has been replaced by a caring one. One that extends the hand of support to our local government organs. One that will ensure that local democracy is practiced and functions. The person responsible for this is here with us this morning. History will credit him as being the modern father of local government and of people’s empowerment. We shall hear from him shortly. 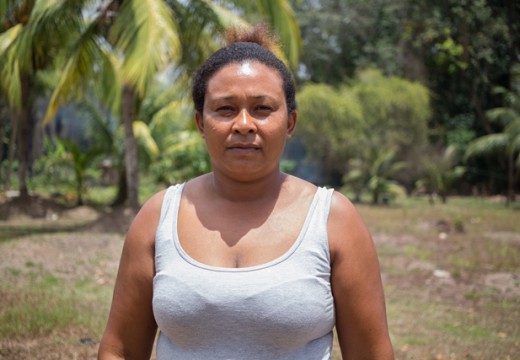 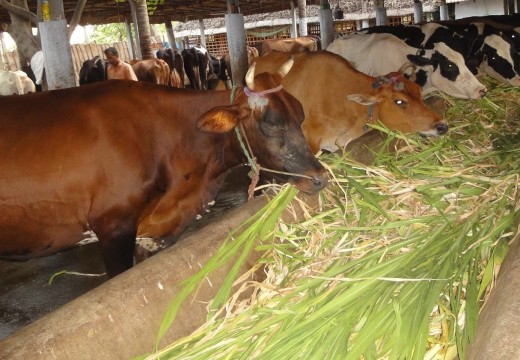 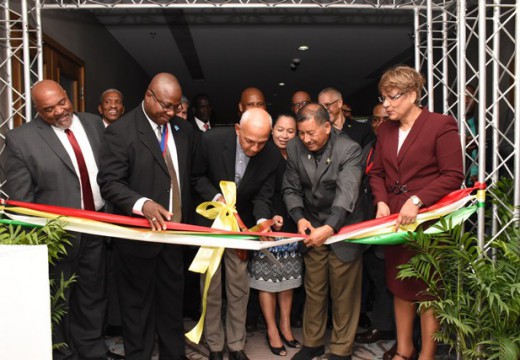