The Ministry of Communities has dismissed as propaganda; assertions appearing in certain sections of the media that opposition dominated regional councils were deliberately sidelined and excluded from today’s inaugural National Regional Development Consultative Committee (NRDCC) meeting.

Four of the opposition controlled councils despite being invited, absented themselves from the forum.

This not only displays disinterest and disrespect, but borders on insubordination and disregard for policies of central government, and more importantly, the needs of the citizens within the various communities.

What was obviously a boycott will ultimately disenfranchise the people within those regions, making them victims of self-serving politicians.

Further, public officials have a duty under the law to conform to public policies.

The policy of decentralisation and devolution of decision-making power, and the administration’s efforts to ensure that regional officials are invested with power authority and respect to manage their affairs and that of their people is central to this administration’s philosophy and commitment to the people of Guyana.

The Minister of Communities, Ronald Bulkan, expresses sympathy and empathy with several officials who were prepared to attend today’s session – and actually uplifted state funds to facilitate their attendance – but were discouraged by their political masters.

Minister Bulkan has said that the administration will continue to work with them and all other stakeholders to heal the divide which exists in Guyana and build a united, cohesive country.

Those deplorable actions of the opposition to deny regional leaders the opportunity of participating in activities organised by central government intended to improve the quality of life of all Guyanese in all of the country’s regions, are pitiful, irresponsible, and reckless, and does a disservice to the people which they were elected to serve.

However, central government will not be deterred or distracted from representing all Guyanese people.

Central Government will persevere in working with all local democratic organs to ensure that they function as part and parcel of the governance architecture and in alignment with the national agenda based on government’s strategic trajectory.

There are three tiers of government and central government is committed to ensuring that all levels collaborate and that none dominate.

Government remains dedicated to a united Guyana. Government is mindful, too, of the fact that all regions have different priorities, needs, resources and personnel.

August 14, 2020 Comments are off 656 views
The Inter-Ministerial Committee which was tasked by the President, Dr. Irfaan Ali ...

Statement by the Minister of Communities Ronald Bulkan,M.P.

January 30, 2017 1 comment 5571 views
Non-attendance of Opposition Dominated Councils at the Inaugural Meeting of the National ... 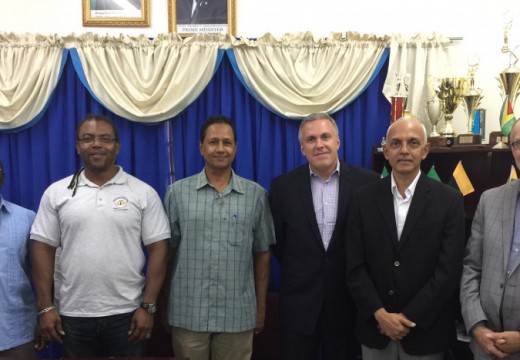