The municipalities operate under the Municipal and District Councils Act Chapter 28:01. The provision allows for a Mayor, Deputy Mayor and Councillors, the Town Clerk is the Administrator. Each Council has the responsibility for solid waste collection and disposal, maintenance of infrastructure services (roads, bridges, etc.), market facilities, and child welfare services among others.

Like NDCs, Municipalities receive an annual subvention from the Ministry of Local Government & Regional Development. This is in accordance to budgetary allocations approved by Parliament and meant to execute developmental works. However, the collection of rates and taxes are the main source of revenue for these councils.

Below is a breakdown of the number of Councillors in each Municipality:

Anna Regina attained the status of township on August 1st, 1970. It comprises of eighteen villages from Walton Hall in the North to Three Friends in the South. It covers an area of approximately 78.5 sq. km with the main focus on agriculture with other commercial activities are becoming evident. Anna Regina is the only township on the Essequibo Coast.

Georgetown, the capital city, was founded over 200 years ago under the Europeans during colonialism. Its boundaries extend from Cummings Lodge on the East Coast Demerara to Agricola on the East Bank Demerara. It is divided into 77 wards and communities and boasts a multi-racial and multi-religious population. Being the capital of Guyana, it is the main commercial centre and currently the country’s principal port.

The township of New Amsterdam was established in 1791 by the Dutch and is fondly known as the ‘Ancient Town’. It occupies an area of approximately 13.7 Sq. Km with an estimated population of 35,000 residents.

Although the town was expanded to include neighbouring communities, it maintained much of its old architecture and boasts some of the oldest Churches in Guyana.

Corriverton is the township farthest to East of Guyana. It is a narrow Coastal strip on the Corentyne River at the mouth and between No. 74 Village on the North and Crabwood Creek on the South. It was upgraded to Township status on September 7th, 1970 under the Municipal District Council Act 28:01. It is divided into wards and has a population of about 40,000 residents.

Owing to its proximity to Suriname, its economic activities are centered on commercial trade in a number of industries.

Linden Town Council is the only urban settlement that is not located on the country’s Coastal Plain and is usually referred to as ‘the gateway to Guyana’s interior. It is found approximately 107 km up the Demerara River and consists of the settlements of Wismar and McKenzie. Linden boasts a population of approximately 35,000 residents.

Rose Hall is the smallest of Guyana’s six towns and is located on the northern Coastal Plain at the centre of the Berbice district.

Historically, this township was a communal village and on September 20th, 1970 it was declared a town. It is divided into three wards: Middle Rose Hall, East Rose Hall and Williamsburg.

Located at the back of this township are beautiful beaches that have potential for tourism. 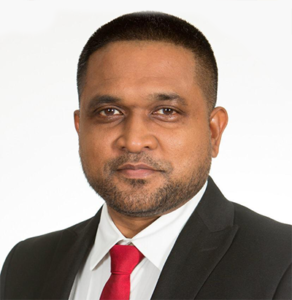 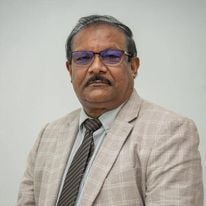