Recently appointed Regional Executive Officer (REO) of the Regional Democratic Council (RDC) No. Six, Kim Williams-Stephens has disclosed that the council is working assiduously to iron out many pressing issues that had stymied development in the region.

Williams-Stephen explained that a number of changes have been implemented to address concerns relating to questionable contracts, staffing, timely payments and fairness in the public procurement process.

The REO noted that since she assumed the position in the region, she has been mindful of all the complaints and has been working feverishly to address them.

According to her, there has been vast improvement in tender board procedures in keeping with the principles of accountability, transparency and community involvement.

“The council has since taken a decision to ensure that everyone is involved in the process and there is equitable distribution of project among contractors,” Williams-Stephen said.

She disclosed that the national procurement manual was made available and distributed to all the relevant stakeholders.

“So we shared it before we actually did the tenders so if they didn’t know we have to educate them. All of our awards are based in accordance with the manual.”

Commenting on the status of projects in the region, Stephen-Williams, who was appointed less than two months ago, reported that when the allotment report was compared to the expenditure it amounted to about 80 percent.

She explained that this could mean that 80 percent of the capital work program has been completed once engineers are paying only for services that were provided.

In terms of staffing, Williams-Stephen said the council has written to the Public Service Commission (PSC) to fill several vacancies.

“We have sent out vacancy notices for house mother and house father at Orealla to strengthen the work of the administration by ensure we get the full complement of staff and although we are not there yet, we have put systems in place,” the REO stated.

William-Stephen said that sweepers and cleaners are also being paid in timely manner.

She pointed out that there are challenges due to a shift in policy and a pervasive resistance to change but expressed confidence that persons will get on board once the changes are in keeping with the spirit and administration of the law.

Within the past few weeks, Williams-Stephen has managed to cement great working relations with the Chairman and Vice Chairman commenting that the council has chosen to work together in the interest of residents.

January 20, 2017 8 comments 3453 views
The Ministry of Communities has dismissed as propaganda; assertions appearing in certain ... 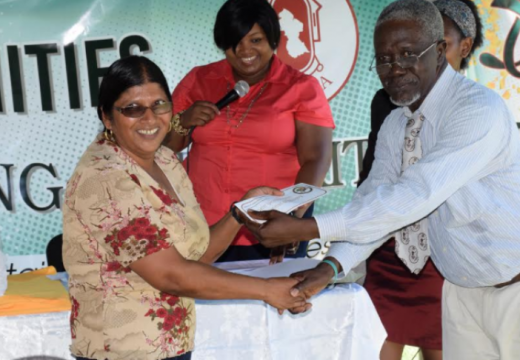 November 11, 2016 7 comments 8178 views
The Central Housing and Planning Authority (CH&PA) of the Ministry of Communities ...

December 30, 2016 5 comments 9145 views
Several regions’ budgets were today approved by the Committee of Supply of ...