The Local Government Ministry is at present in the process of re-tendering regional security contracts to meet the specification of the new minimum wage that was recently implemented by Government.

Minister of Local Government and Regional Development Ganga Persaud, speaking at a press conference at the ministry today, explained that the security contracts had earlier been tendered  and several bids were received.

He said that during the evaluation process though, a few ambiguities were found in several of the documents. It was also realised that the bids did not cater for the new $35,000 minimum wage per month that Government implemented in July.

Minister Persaud said that the re-tendering process is expected to close by August 27, and the ministry will be seeking to move swiftly through the evaluation process and award the contracts. 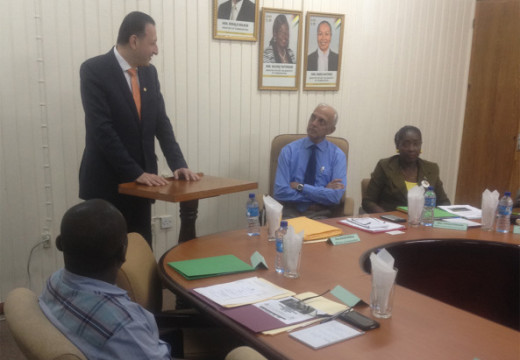 October 20, 2016 0 comments 6856 views
Officials from the Ministry of Communities and the Central Housing and Planning ...