THE MINISTRY of Communities last Friday held a workshop with staff and councillors of the Mayor and Town Council in Linden in an effort to craft municipal development and strengthen communities.According to coordinator of the workshop Kevin Bonnet, who is also a consultant attached to the Ministry of Communities, the workshop was organised cognizant of the fact that the municipality had been manned by an Interim Management Committee for a number of years and this stymied the town’s development to some extent and the communities suffered as a result of this.
The attendees were given an opportunity to benefit from a power point presentation and took part in meaningful discussions as concerns were voiced and ideas were shared. Mr. Bonnet told the media that the Government of Guyana as part of the local government process wanted to give the municipalities the opportunity to craft municipal development and to create avenues for self-sustainability. This is in keeping with the three areas being prioritised, which includes democratic renewal, financial stability and institutional strengthening. “We are really walking the councillors through those three areas and we are trying to figure out what are the plans for the communities and the municipality for the next five years,” he said.

The workshop was also aimed at learning some of the challenges of the councillors and stakeholders and addressing those challenges so that the municipality could produce great achievements within the next five years.
“A lot of emphasis is placed on more autonomy for the municipality, so we are trying to help the municipality to sustain itself,” he said. Tips were given on how the municipality can make their own revenue for financial stability and how the communities can be involved in this process, so that there would be minimal reasons for depending on the government for financial assistance.
Local Government Elections which will be held on March 18, will see the instituting of a new council with councillors elected to represent eight constituencies. This will break the 13-year establishment of an Interim Management Committee chaired by Orin Gordon.
Mr. Gordon told the Guyana Chronicle that with the instituting of a new council, the communities would have a better opportunity of reformation and development. “With the lack of democratic renewal for years, local government is geared a lot on voluntarism and with the absence of remuneration and motivation, efficiency will be absent,” mentioned Gordon. He also revealed that the IMC was forced to run a municipality with limited resources as they stand as an independent body exclusively dependent on rates and taxes. A total of two political parties, two groups and one independent person are competing to run the eight municipalities. 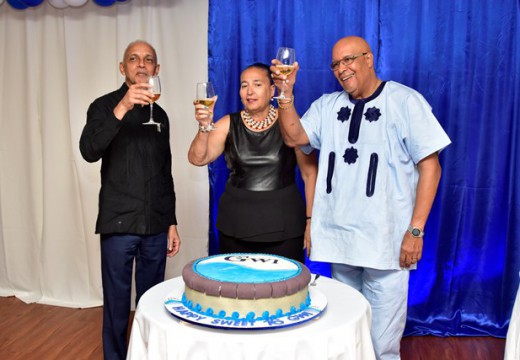