The Ministry of Communities pledged to continue the work of the Youth and Citizen Participation (YCP) project which officially concluded today.

At a closing ceremony held at Cara Lodge Quamina Street, Georgetown Minister within the Ministry of Communities Valarie Adams-Patterson commended the facilitators for their work towards making the project a success.

US Ambassador to Guyana Perry Holloway, Minister within the Ministry of Communities Valarie Adams-Patterson, Ministry of Social Cohesion representative and YCP project representative pose with a copy of the manual which was created from the project.

The YCP is a two phased project which was launched to strengthen and develop the capacity of civil society by designing and implementing voter education efforts during the lead up to last year’s Local Government Elections. The second phase of the project led a social cohesion process involving political parties, elected leaders and constituents   both with emphasis on young people and women.

“The voter education aspect of the project was therefore vital. For the first time citizens were informed of the power to which they were legally entitled,” Minister Adams-Patterson noted. Guyana held its first Local Government Election after more than 20 years in March 2016.

The YCP voter education project saw over 200,000 individuals being reached across several Regions through traditional and social media.  As part of the first phase of the project, the aim was to provide technical assistance to strengthen local organisations’ technical capacity while supporting broad reaching voter education and mobilisation campaign to spread awareness about Local Government Elections.

“The Ministry of Communities will continue to further the works which this project has started. The Ministry will use every means at government’s disposal to educate and inform councillors of their duties which accompany the mandate which they have been given by the electorate,” Minister Adams-Patterson said.

Sponsored by the United States Agency for International Development (USAID) and prime implementing partner Counterpart International, the YCP partnered with local organisations such as the Guyana National Youth Council, Youth Challenge Guyana, Help and Shelter and the Private Sector to implement the project.

In His remarks US Ambassador to Guyana Perry Holloway noted the critical role of the subject ministries towards improving delivery of services in communities. “The Ministries present today have a critical role to play, but most importantly, community residents have the greatest stake,” Ambassador Holloway said.

The Ambassador noted that there remains additional work to be done but commended the project partners for their work. “Through social interaction, public education, sports, and the media, you brought communities together to identify and develop solutions,” Ambassador Holloway pointed out.

In the second phase of the project, the social cohesion aspect, 10 micro grants were given out for community projects in several Regions. In this phase, project facilitators also worked with local government councillors to develop leadership skills,   provided training for the implementing partners and community residents to facilitate consensus building among other community building initiatives.

Meanwhile, representative of the Ministry of Social Cohesion, Olive Gopaul, said she was delighted by the efforts of the YCP to build trust at the community level.  “The government of Guyana fervently believes that strengthening of social cohesion is the key to attaining an inclusionary democracy,” Gopaul said in her remarks. 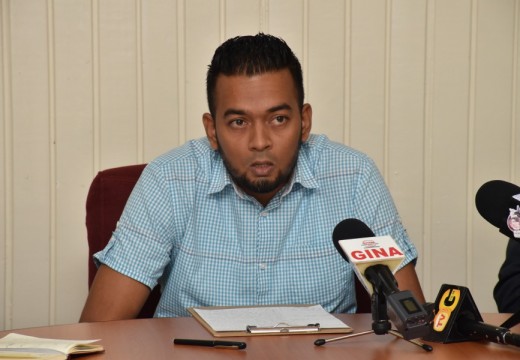 February 27, 2017 1 comment 8233 views
The Ministry of Communities invites eligible bidders to submit their bids for ...